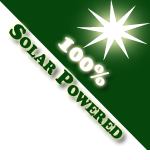 
Playing in The Bimble Inn:

Click on each artist for info, videos and music...

Kweku Sackey aka K.O.G (Kweku of Ghana) is a multi-dimensional creative force, combining exquisite writing skills with shamanistic live performance, fierce raps, perfectly on pitch singing across a massive vocal range and some absolutely wicked dance moves. Not to mention his skills as a percussionist, arranger, bandleader and art director. A true poet and storyteller, he uses a mix of English, Pidgin and Ga to paint sonic pictures that reach deep into the souls of everyone ready to listen. 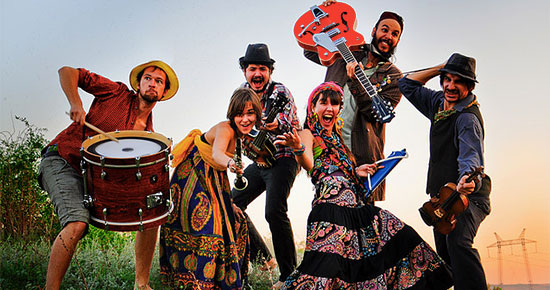 All the way from Argentina they play an unique blend of latin music & rythms with little balcan flavour! which with they travel the whole world every year! (Europe, Rusia, China, Japan, Balcans, South America, etc)

Broken Brass Ensemble injects the traditional New Orleans brass with a fusion of hiphop, funk, soul, dance, jazz (and much more) and turn it into a blazing mixture of energy. They’re taking brass to a new level, creating a 2.0 version of the vibrant New Orleans brass sound in a light you’ve never seen before! Combining the powers of funk, jazz, hip-hop and soul, Broken Brass Ensemble act as urban brass ambassadors, pioneering on their euphoric groove. The band have an innate ability to orchestrate a nostalgic New Orleans hot jazz sound, incorporating weird, wonderful and peculiar melodies, in fabulous superhero fashion, with their proven method in creating heroic melodies.

DJ Andy Smith and Nick Halkes ( aka Nick Reach Up) drop 80s disco, boogie and proto house, evoking the spirit of legendary NYC clubs such as Paradise Garage and Studio 54. They’ll dip into the rich soundtrack that emerged as the 70s turned into the 80s forming the DNA of today’s club music and mesh the set with the freshest productions, remixes and re - edits that they have sourced or can find!

Junglist soldier, Bustawidemove is a festival stalwart with residencies at Glastonbury (The Common), Boomtown Fair (Renegade Street Rave), Shambala (Roots Yard) and Sunrise festivals as well as Club Momo in Frome and a regular at Jungle Splash in London. Busta has been a long-term resident DJ on Originuk.net with the twice monthly Junglist luncheon show, which you can catch on the first and third Saturday of the month between 12 and 2 PM. Bustawidemove has recently released music through Uncommon Records and his own label Widedubz and has recently completed forthcoming remixes for The Specials and General roots.

TC & The Groove Family are a 10-piece collective whose music celebrates the coming together of cultures, and the unity that music can provide for everyone. They explore grooves and genres from the UK and around the world, including afrobeat, breakbeat, jungle, jazz and highlife.

Rum Buffalo fornicate with rhythm and melody. Mingling many genres, they blend blues, fiery pop-rock and space punk with filthy synths and epic horn lines. The band have stormed the London music scene with their unique and powerhouse sound. Known for their unforgettable shows, their live performances are packed with massive bass lines and carried by unified melodies. Their new single, Dark Mountain, is out now.

Daytime naps help improve your memory and listening to Sleaze makes your blood smoother. Butter up your ears.

Mixing the finest elements of many musical styles is no mean feat, but Bristol based Mango Factory are up to the challenge. Comprising a super tight rhythm section, explosive horns and two incredible vocalists, the Mangos have been blasting their way across the South West and beyond, gaining rave reviews wherever they play. 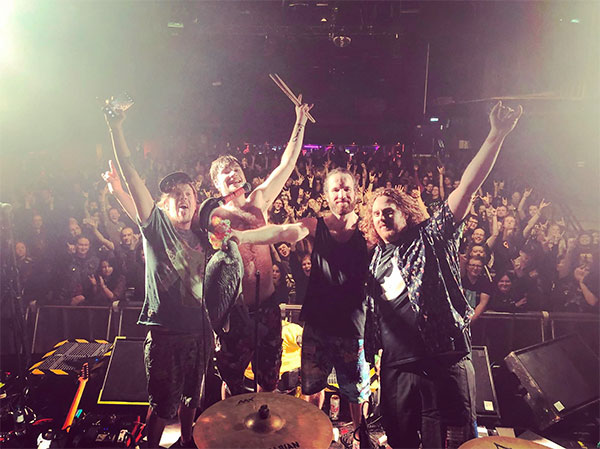 Ten Foot Wizard. A juggernaut of power blues stoner rock, milked from the beard of Zeus! 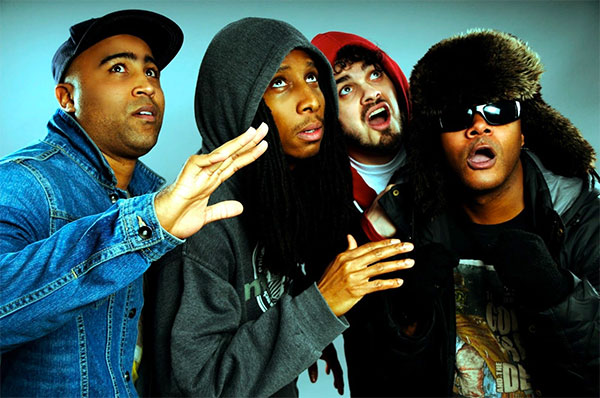 The Scribes are a multi award winning hip hop three piece whose unique blend of beatboxing, off the cuff freestyling and genre-spanning music has created a live show quite unlike any other on the scene today, with appeal ranging far beyond traditional hip hop fare. 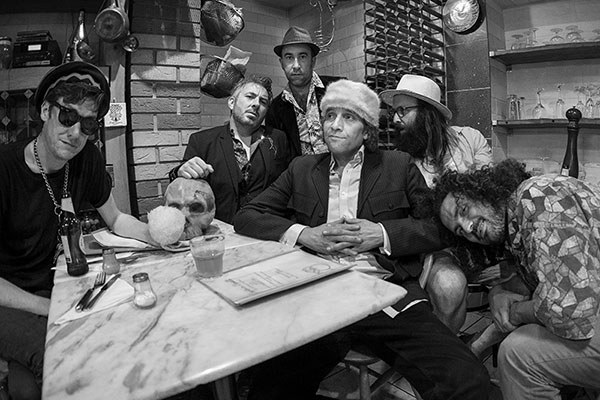 Fresh from their residency at The Last Chance Saloon & loaded with stories from the outer reaches of the curve. Jonny Ray & The Wasters are a state of the art Rock & Roll Delivery System or in olden speak, 'a band' who promise to lovingly serve up slabs from their soon to be multi platinum selling debut record 'Making Time To Waste' a concept album about a bank robber, his true love, their exploits, demise & fall. Take our hands & join us in a voyage of armed robbery, grave-digging & sunsets memory won't fade, visit desert islands with discos & the afterlife a couple of times. Then wonder, how you can have your heart broken by a crowd surfing Lillo?...& .we'll even make sure your back in time for tea & scones with the Marque de Sade. 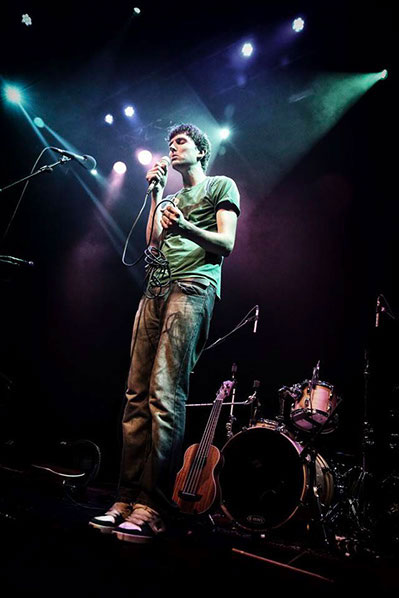 Samantics is a next generation one man band. Using a loop-station and a sh*t load of instruments he creates live, multi-instrumental spoken word. He's not a stereotypical rapper, he's not into maiming and murking Gs but he does like gaming a slurping tea. 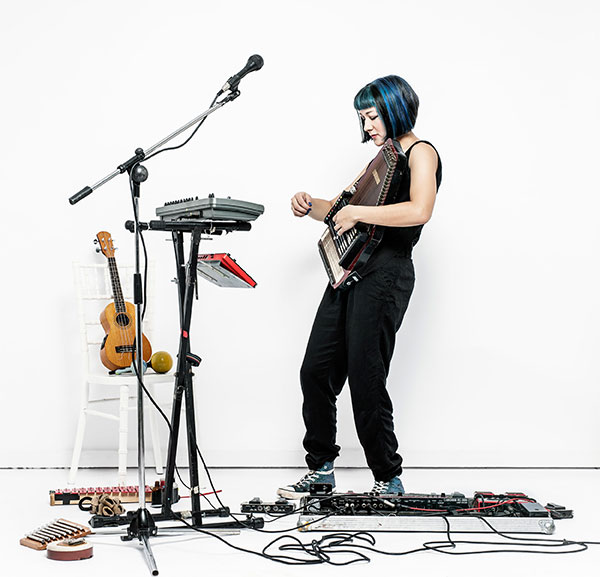 Edgy, raw, beatbox and bass driven sensual sounds, layered to perfection to create a mesmerising performance which is powerful yet ethereal.

Award winning loop artist Suzy Condrad effortlessly juggles instruments and genres with a dynamic and arresting one woman show which has amazed and delighted audiences from Shambala to Boomtown Fair, Bearded Theory to Beautiful Days. Dancehall, ska, doo wop, folk and electro collide with blistering beats and haunting, sublime vocal gymnastics to take you on an ever-looping journey which balances real-time loop juggling against timeless songwriting.

A resident jock for The Delux Diner in the legendary Shangri-La area at Glastonbury since 2010 and Bimble Inn stalwart since 2015. He's also played at many other festivals, including Tropical Pressure, Farmfest, Beautiful Days, Port Elliot, and more. Has supported DJs Norman Jay MBE, Craig Charles, DJ Vadim, Grandmaster Flash, DJ Derek, The Propellerheads, and been warm-up/after party jock for numerous bands from Pussy Riot to Gentlemen's dub club. During the noughties he was in-house DJ for the notorious Westward Bound Co 'adult' parties, keeping it sleazy for the latex groovers with dirty electro, house, and techno. Away from dance music, he is one of the official DJs for The Alternative music weekenders, at Butlins (!) setting the vibes for punk legends, too many to mention. He also currently has a weekly residency at The Bootlegger, Exeter. Blaring out his other passion of 50's R&B, Blues & Rockabilly. His biggest and oddest gig was playing to nearly 10,000 on Plymouth Hoe as part of the America's cup entertainments in 2011. Oh, and he was folk star Seth Lakeman's wedding DJ too. An eclectic music lover to say the least.

Playing on The Lizard Stage

Midnight Zu are a collective of musicians and singers based in Bristol, bringing together elements of funk, folk, electro, dub, ska and soul. These guys revel in spreading good vibes and happy times, layering conscious verse, head-bopping rhythms and sensual melodies that will hook your heart all night and make you breakfast in the morning.

Multinational hip shimmying gypsy folk and psychedelia from far away lands. This Bosporus-straddling blend of Turkish folk and irresistible Balkan dance beats comes with sinuous hints of Greek Rebetiko amongst other tasty world music flavours. Singer Dila V’s powerful vocals and endless energy shines through while Fati Ebrem’s intricate guitar playing style and his unique use of the wah wah pedal mesmerises those who experience The Odd Beats. Their music is embellished with eastern percussions and powerful ethnic rhythms that make you dance like a lunatic!

Krin are a synthesis of West African drum rhythms, Afro-Cuban influences and cutting edge Hardware Techno. These rhythms have been passed down through generations and reimagined in the context of modern dance music. Based in Manchester, the band hails from three continents and includes elements of each member’s musical heritage. The live show combines traditional African instruments with analogue synthesisers and drum machines to create an unforgettable experience.

Opa Rosa are an energetic quartet of Bristol-based instrumentalists. As skilled interpreters of music from the Klezmer, Balkan, Greek & Roma traditions, they are fast gaining a reputation as one of the city’s most dynamic and virtuosic bands. In their repertoire is a vibrant collection of melodies from all across the Balkans every detail and ornament of which is played with fiery precision. Opa Rosa's masterfully arranged tunes capture all the joy and sorrow that these traditions are so renowned for expressing. The ornate interplay of Isis Wolf-Light’s clarinet and Lulu Ruby Rose’s violin blends with the authentic sound of Thomas Hodson’s accordion, while Isaac Ellis dances up and down the double bass fingerboard with punchy grace. With several combined decades of study and experience, all four musicians are well-versed in the music’s syntax and significance, and their sensitive arrangements are grounded in a deep respect for the heritage and cultures from which these beautiful styles originate. An extremely versatile ensemble, their performance can be adapted to suit seated concerts, lively festival gigs, acoustic sets, weddings and Bar Mitzvahs. Recent gigs include a sold out performance at their album launch at The Greenbank (Bristol), Trinity Centre and supporting The Turbans and Sheelanagig at the Jam Jar. Catch them touring across UK festivals this summer. Be warned - it’s hard to stay seated at an Opa Rosa show!

a 6-piece indie alternative gypsy swing band who are guaranteed to have the you all tapping your feet to their upbeat tunes. After over 6 years Opaque are back with their third album ´A Little Belief´.

London based Vocalist and songwriter Sezin Angelova likes to sing fragments that will come together in a certain way to create a language of emotional or intellectual energy or intensity. As a multi-instrumentalist musician, Jomy Jai has performed in many well-known venues, festivals, and stages of the London underground scene, such as Bestival, Mandrea, Wave-G-Treffen, KoKo, Jazz Cafe, Scala, Passing Clouds since 2008. He also contributed to many albums as a session musician, record producer, and arranger. He makes genre-blending jazz, electronic, and world music with avant-garde influences of his cultural roots.

Feline, also once known as MC Efex is a DJ/MC/B-Boy/Host/ Vibe Instigator and experienced party starter. Incorporating a range of styles including roots, reggae, dancehall, Hip Hop, Jungle and bass music alongside his own original sounds he is well versed in rocking any kind of crowd with heavy basslines and positive flows. He is the frontman for various live outfits including his main band the Midnight Zu, he has hosted monstrous raves, festival stages, jam sessions and open mics, while sharing stages with some of his biggest musical influences. He has been found playing alongside acts such as Zion Train, The Mouse Outfit, Mungo’s HiFi, Prince Fatty, Akil the MC, Dreadzone, High Focus Records, Dub FX, Eva Lazerus and many more

Playing in The Snuggle Inn

... Plus More to be announced! 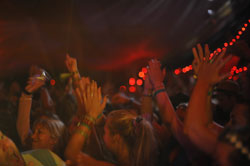 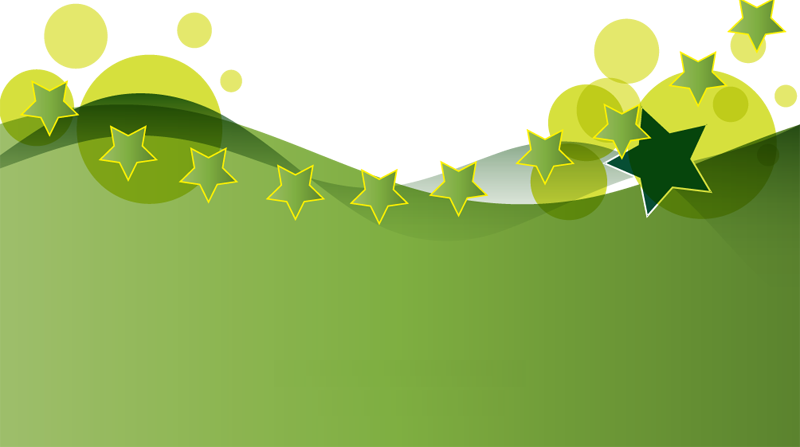